Hydro jetting service is a type of plumbing method that is done when cleaning blocked and clogged sewage lines by the professional plumbing contractors. This process involves the use of a high pressured water that is blasted into the clogged sewer lines to remove the sewer blockages and any build-up like scale and grease that has accumulated inside the pipe over some time. Unlike rodding, whereby a plumber uses a rod-like tool to remove the buildup, hydro jetting uses an approximated thirty-five thousand psi, therefore making it very useful in cleaning of the clogged pipes.

How does hydro jetting work??

Video inspection helps in reducing the likelihood of sewage back flushing to the other areas. During hydro jetting, a nozzle connected to a tank of water is inserted into the pipe. The nozzle has to be one that can withhold the high pressured water that is flushed into the pipe.

The plumber must be an expert in determining what amount of pressure is needed to solve the problem, depending on the condition and type of the clogged pipes. As the pressurized water moves along the pipes and comes into contact with the clog, such as grease, any kind of fabric or food remains, the high pressured water dislodges the debris and dissolves it in water so as to clear the block. With the help of gravity, the debris is safely flushed out of the sewer system.

There are different types of nozzles used simultaneously in the hydro jetting process. They include:

Over a period of time, tarnishing is bound to happen, be it on wood, concrete, or metal. Stains will at some point tarnish timber and concrete, whereas, for metal, an oxide layer may form at the surface. In this case, hydro jetting will help in thorough cleaning and remove the stains and dislodge the debris, thus bringing out the surface’s true color.

This is majorly is water vessels. As the water vessels penetrate oceans, its hull collects debris in the form of salts, sand, and other biological matter that accumulate on the hulls and the boots, thus leading to blockage. If the hull is left unchecked, algae and some other organic matter can grow due to the accumulated salt. Hydro jetting can be used to flush out and clean the accumulated debris.

Hydro jetting is used to refurbish concrete since it allows the users to bisect a damaged part of the concrete slab and put back a new one without interfering with the surrounding materials. Basically, hydro jetting enables concrete removal.

Hydro jetting can be used to remove the deep contamination on surfaces, especially in highly populated areas like building. The high pressurized water removes the contaminants that are deep within the building surface materials, thus achieving decontamination exercise in the process.

Many construction company experts highly recommend hydro jetting as the best surface preparation method. This is because it has technical benefits and environmental compatibility benefits with it.

The below services prove that despite the fact that hydro jetting is majorly associated with sewer and drainage cleaning, the hydro jetting technology that comes with more flexibility that enables it to do more than expected.

Pros and cons of hydro jetting

Hydro jetting help unclog everything: Through the high pressure used in hydro jetting, it is able to flush out and remove the most stubborn built up blockages.

Hydro jetting is very safe: Hydro-jetting only uses pressurized water to carry out a comprehensive unblocking exercise. It does not use any form of chemical that may have some side effects. This makes it very environmentally friendly, thus considered a green technology.

Hydro jetting cause no further damages: Hydro jetting is a very simple method used to unclog pipes that require no extra force through digging, making it a non-invasive process.

A lot of water is used: Since the main thing that is used in hydro jetting is used, a lot of it has to be used especially when the clog has built up over a long period of time.

When you set out to build a custom home you are going to meet many new people along the way.  These people are going to become critical partners in the

If you are planning to build a house here in the Philippines, the first question that you will ask to yourself is how much does it cost? And with that

Building a home is a huge investment so it’s important to hire the right contractor. You don’t want someone who does shoddy work or someone who won’t properly follow your 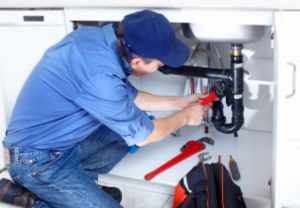 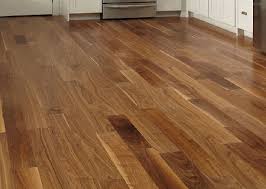 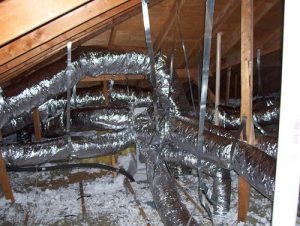